Orgone is the denser form of life force. The ancient Chinese knew that qi has many forms, one of them is more “heavy” than the other forms. Orgone forms a field which can be apparently measured with vacuum tubes and it’s effect can be observed in nature, especially in weather phenomenons. 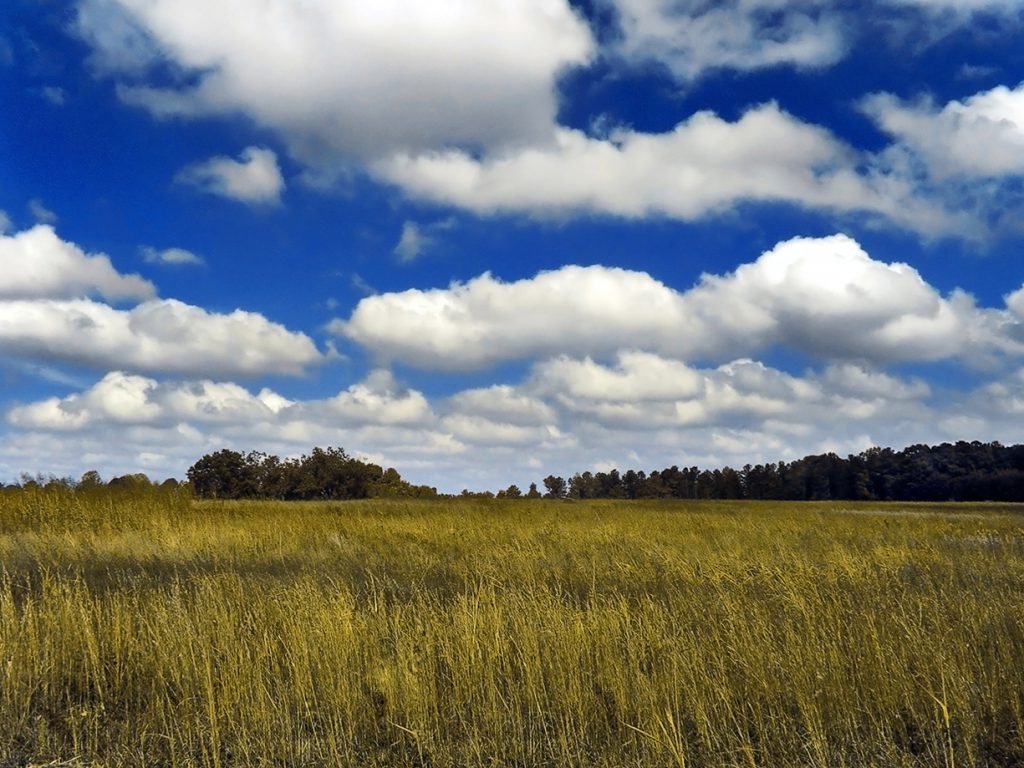 Wilhelm Reich originally proposed the term “orgone” after he immigrated to the US. Before this time his work was based on the Freudian concept of the libido. For Reich libido was a life-affirming force repressed by society directly as a means of controlling behavior. This kind of force was already known as “kundalini” in India or “yuan qi” in China. Today homeopaths like George Vithoulkas explain that “life force” is a “creative force“. Not every system describes it as a field force which can also have a effect on the weather too. But Reich even made experiments with it to alter weather conditions, stimulating rain in deserts.

Reich’s theory is that humans suppress the natural expansion of this energy in our body as also in nature, by dogmatic and fascistic systems which are negating life’s own nature. He saw this kind of restriction especially in the education of children, when the parents forbids unintentionally the “natural flow of life force“. He was not against education per se, but of that kind of too restricted educational form which even restricts breathing and creates life-negating breathing patterns. You can observe this kind of breathing in the recordings of the coward Adolf Hitler, who was not able to breath freely, and in urgent need of a good laxative.

Also Reich’s observation of negative weather patterns in the deserts of North America confirmed his theory, that the human is responsible for the bad weather conditions. After the nuclear tests the air was saturated by a negative form of orgone, which seems to be stagnant and hindering the clouds from releasing their rain.

Interesting fact: his books was burned two times, first by fascists in Germany during Drittes Reich and second by the fascist in the US. While he discovered the field phenomenon of life force, he was brutally attacked by the so called FDA. Instead of helping him to investigate this very important topic, the government threw him into jail. This kind of behavior still exist today, as you can see with many kinds of subtle censorships and especially with the coward operations called “chemtrails“.

Orgone was seen as a massless, omnipresent substance, similar to luminiferous aether, but more closely associated with living energy than with inert matter. It could allegedly coalesce to create organization on all scales, from the smallest microscopic units—called “bions” in orgone theory—to macroscopic structures like organisms, clouds, or even galaxies. (Source: Wikipedia)

Orgone can be accumulated by alternating layers of organic and metallic materials. Organic materials, like wood, attract and “hold” orgone, while metallic materials attract and immediately repel or conduct orgone energy, similar to electricity. This kind of alternating organic and metallic layers concentrate orgone inside the orgone accumulator. This classic accumulator design originated from Wilhelm Reich. But if you dig a little deeper in the history, you will find similar devices which was designed to accumulate (or at least concentrate) etheric energies. For example the ark of the covenant, described in the book of Exodus in the Bible, was made of acacia wood, overlaid inside and out with pure gold. The design of metal outside and inside, with organic (wood) material as insolator between, makes it a leyden jar, a device that “stores” static electricity between two electrodes on the inside and outside of a glass jar. We can assume that the design of the ark of the covenant got a symbolic meaning, but also a technical one. Personally I think that this device would be a excellent antenna for etheric energies originated from a spiritual dimension.

The downside of Wilhelm Reich’s design of the accumulator is that it works well in a surrounding full of fresh orgone energy. But if you place one of this accumulators near lamps with mercury inside, the accumulator will concentrate negative orgone energy, also known as DOR (deadly orgone). Today we cannot use them in a city, because it’s too dangerous for our health. Other designs tries to overcome this by using crystals. Anyway if this helps needs to be evaluated by more experiments.

The Joe Cell is a Orgone Accumulator

Another design for concentrating orgone energy is the so called “Joe Cell”, also known as proton cell. It’s design involves stainless pipes of different size and water. The stainless pipes has the function to create a certain condition for the water, but it’s the water which finally accumulates the orgone energy. The field generated by this design is so strong, that it can be conducted towards a engine of a car and the spark of the ignition will generate a plasma vortex inside the chamber. The pistons are sucked up instead to be pushed down in a normal explosion. Also the Joe Cell is known to have sometimes an effect on the weather. Some people build the Joe Cell for health purposes and not to drive a car without petrol. They produce water with special abilities and drink or mix it with other water. Drinking the water of a Joe Cell energizes their own body for a certain time.

The more compact version of a orgone accumulator are the so called “orgonite” compounds of resin, metal powder and crystals. Their effect is to accumulate orgone and to “accelerate” it, transforming DOR into OR (unhealthy slow in linear paths flowing orgone into healthy orgone which flows in vortexes). The New Age community makes extraordinary claims, but I don’t believe everything they say. You need to experiment for your own in order to evaluate the validity. Despite this pseudoscience, I see here a very interesting design in contrast to the classic of Wilhelm Reich, because of it’s compact nature and it’s use of crystals, which are per se materials found also in nature.

Our body is a orgone accumulator

Our bones are the crystals, our flesh the organic material and our blood is the metal containing fluid which flows through our heart, pumped by a vortex power, electricity and different frequencies, flowing through muscles which are organic and electric, and this energy is finally stored inside our intestines which are designed by alternating materials of fat and muscles and nerves. Like the old Chinese culture says, our intestine store qi because of it’s special design.

If our heart would be full of anger, the flow of this energy would be hindered. So it’s true what the Bible says about “A calm heart is the life of the fleshly organism” (Proverbs 14:30).

Victor Schauberger was also a genius. His observation of nature helped him to understand that water is energized by inward vortex movements, called implosions. This kind of movement is observed in many cases where orgone flows freely and after it reach a certain saturation it expands like a pulse. This pulsing energy can be felt during a acupuncture session. When you are in love you feel it inside your belly and in your chest. People who are especially good in teaching for example feel it in their throat. And who loves science or art feels it between the eyebrows.

The energy centers in our body known as “chakras” are depicted as vortexes. This is no coincidence. Life force saves space, so the vortex let it flow freely even in small spaces for a very long time. Theoretically it could flow for all eternity if it follows a Golden Ration spiral on mathematical basis. No wonder we love what is beautiful, because beauty has a mathematical basis on Phi (1.618…) and eternity.

Orgone energy is attracted and conducted by metals. Electromagnetic fields can bound it for some time and therefore it can be used to accumulate and concentrate it. In our body our life force is controlled by various muscle tissues which leads the energy into specific paths (meridians). On some points on the skin they have contact with the surrounding and then they again dive into the organs. Our body is for example able to accumulate a big amount of this energy, because it was designed as a orgone accumulator and engine. So our body is orgone driven.

Mirrors can deflect orgone. Light is able to stimulate orgone, which is used by some alternative therapists for light acupuncture.

Emotions creates barriers or they unleash accumulated orgone. If orgone flows abundantly through our heart meridian we feel this “burning in our heart”, when we are happy and joyful. On the other side, deep dark secrets forms DOR (deadly orgone) and this results in heavy pathology like cancer. When a whole family lives under the burden of a shameful secret, it will react to a therapist like one organism. This secret bounds them together and prevents it to be exposed and finally dissolved. It can happen, that a therapist just touch the topic on the surface and the patient reacts with a aggressive reaction and denial, even if he or she is not aware of the secret. Therefore it is important to know that a lack of awareness leads to illness and that acquisition of awareness leads triggers a healing process. (This can be applied to the global awareness too!).

Organic materials attract and bound the energy. Highly structured materials or elements are able to “inform” the orgone, also contributing to make it denser. Crystal like materials like bones can transform orgone from a negative state into a more positive state, just like orgonite. Higher frequencies are used inside the brain to “inform” orgone with information and “intent” (yi). This process is sometimes mentioned as “scalar waves” and nonlocal phenomena are quit often observable.

All elements have their own impact on orgone. The best material is water. Other materials transforms, unleash, bound, push or pull, and so on. I believe that every element in nature has a specific function in the controlling of orgone and it is not “bad” or “good” per se, but just necessary for the balance in nature. On the other side … I need to admit … that in some way the framework called universe will always prefer the “good”. (But I do not support pantheism. It’s just an observation that God’s creation was created for the “right things” and will always support on the long term what fits into the master plan of our heavenly father. Therefore some technologies cannot be misused by the evil).

Don’t try to control it too hard!

My last thought on controlling orgone in this post. Never try to control orgone too hard. It is not created for being controlled, but to be lead gently. So if you experiment with orgone, be gently with this dynamic energy.