The desire to kill

How can someone come to the point to get the desire to kill someone? It’s against human nature to kill, especially for someone who is healthy. 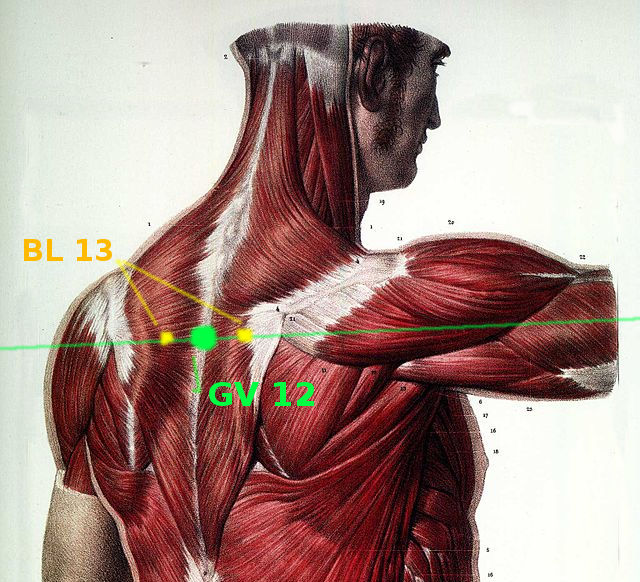 Acupuncture and the special point which triggers the desire to kill

The traditional Chinese medicine and acupuncture knows that if a certain energetic point in our body is blocked, the Governing vessel number 12, it will build up “heat” in hearts and lungs meridians. In our meridians flows life force and this force is a abstraction of consciousness. So something goes wrong with the paths in which consciousness “flows” when someone gets the desire to kill. A blockage of the Governing vessel 12 (see picture) is also a blockage of the “heart chakra”, where love is experienced as a radiating energy.

The trigger for blocking this point happens long before the actual drama. Perhaps someone takes himself too serious, too important and therefore lacks to acknowledge the importance of real spirituality. Then with time the consciousness stops to flow according the master plan and it deviates or becomes stuck on a certain point, which affects all other paths in it’s vicinity.

If one then decides to kill, to put his fantasies into action, the blockage becomes really big and reaches even the point of the Bladder meridian 13, which is known for the “tendency for suicide”. We know that most persons who runs amok finally commits suicide. This is perhaps a kind of security mechanism build in.

From a scientific point of view, the desire to kill and or to commit suicide, is not natural at all. Some materialistic scientists may claim that in nature some insects commit suicide, but in reality they give their lives for the community. Materialists have also a tendency for suicide, because without hope for a better and eternal life, they accommodate their world view in order that it makes sense to their feelings.

Some tragedies could have be prevented, if our society would been more prone to love each other.