The Turing test is a test of a machine’s ability to exhibit intelligent behaviour equivalent to, or indistinguishable from, that of an actual human. In the original illustrative example, a human judge engages in a natural language conversation with a human and a machine designed to generate performance indistinguishable from that of a human being. All participants are separated from one another. If the judge cannot reliably tell the machine from the human, the machine is said to have passed the test. The test does not check the ability to give the correct answer; it checks how closely the answer resembles typical human answers. The conversation is limited to a text-only channel such as a computer keyboard and screen so that the result is not dependent on the machine’s ability to render words into audio. The Twitter API (Application programming interface) gives a software developer the ability to design a software which simulates human behavior. It can post tweets, send messages, respond automatically by choosing answers which match best, retweeting posts of other users, posting random pictures from a collection … in other words Twitter is dying like this old system of things, because it is build on illusions and the system itself is so imperfect that it cannot survive the misuse of the API functionality it provides for many developer to create their own apps. 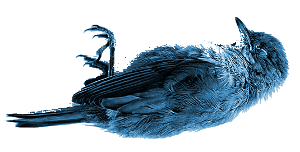 For sure Twitter was a great platform 4 years ago, but sadly it has reached now a saturation thanks to the misuse of the API and millions of bots tweeting nothing worth to read.