The starting point for McFadden and Pockett’s theory is the fact that every time a neuron fires to generate an action potential, and a postsynaptic potential in the next neuron down the line, it also generates a disturbance in the surrounding electromagnetic field. McFadden has proposed that the brain’s electromagnetic field creates a representation of the information in the neurons. Studies undertaken towards the end of the 20th century are argued to have shown that conscious experience correlates not with the number of neurons firing, but with the synchrony of that firing. McFadden views the brain’s electromagnetic field as arising from the induced EM field of neurons. The synchronous firing of neurons is, in this theory, argued to amplify the influence of the brain’s EM field fluctuations to a much greater extent than would be possible with the unsynchronized firing of neurons.

McFadden thinks that the EM field could influence the brain in a number of ways. Redistribution of ions could modulate neuronal activity, given that voltage-gated ion channels are a key element in the progress of axon spikes. Neuronal firing is argued to be sensitive to the variation of as little as one millivolt across the cell membrane, or the involvement of a single extra ion channel. Transcranial magnetic stimulation is similarly argued to have demonstrated that weak EM fields can influence brain activity.

McFadden proposes that the digital information from neurons is integrated to form a conscious electromagnetic information (cemi) field in the brain. Consciousness is suggested to be the component of this field that is transmitted back to neurons, and communicates its state externally. Thoughts are viewed as electromagnetic representations of neuronal information, and the experience of free will in our choice of actions is argued to be our subjective experience of the cemi field acting on our neurons.

The concepts underlying this theory derive from the physicists, Hiroomi Umezawa and Herbert Fröhlich in the 1960s. More recently, their ideas have been elaborated by Mari Jibu and Kunio Yasue. Water comprises 70% of the brain, and quantum brain dynamics (QBD) proposes that the electric dipoles of the water molecules constitute a quantum field, referred to as the cortical field, with corticons as the quanta of the field. This cortical field is postulated to interact with quantum coherent waves generated by the biomolecules in neurons, which are suggested to propagate along the neuronal network. The idea of quantum coherent waves in the neuronal network derives from Frohlich. He viewed these waves as a means by which order could be maintained in living systems, and argued that the neuronal network could support long-range correlation of dipoles. This theory suggests that the cortical field not only interacts with the neuronal network, but also to a good extent controls it.

The proponents of QBD differ somewhat as to the way in which consciousness arises in this system. Jibu and Yasue suggest that the interaction between the energy quanta (corticons) of the quantum field and the biomolecular waves of the neuronal network produces consciousness. However, another theorist, Giuseppe Vitiello, proposes that the quantum states produce two poles, a subjective representation of the external world and also the internal self. 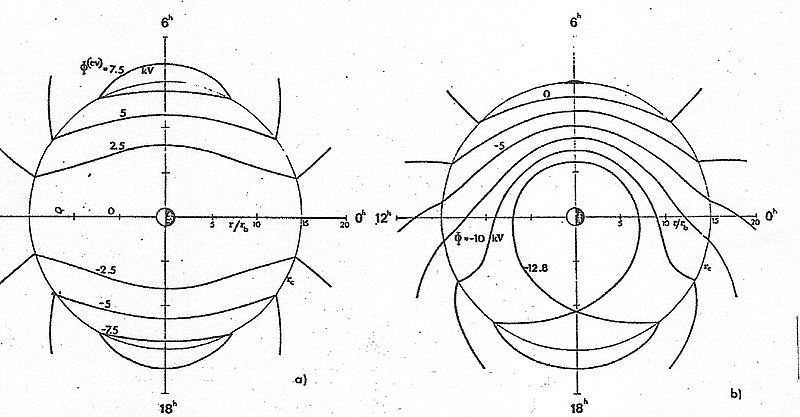 Locating consciousness in the brain’s EM field, rather than the neurons, has the advantage of neatly accounting for how information located in millions of neurons scattered through the brain can be unified into a single conscious experience (sometimes called the binding or combination problem): the information is unified in the EM field. In this way EM field consciousness can be considered to be “joined-up information”. This theory accounts for several otherwise puzzling facts, such as the finding that attention and awareness tend to be correlated with the synchronous firing of multiple neurons rather than the firing of individual neurons. When neurons fire together their EM fields generate stronger EM field disturbances; so synchronous neuron firing will tend to have a larger impact on the brain’s EM field (and thereby consciousness) than the firing of individual neurons. However their generation by synchronous firing is not the only important characteristic of conscious electromagnetic fields—in Pockett’s original theory, spatial pattern is the defining feature of a conscious (as opposed to a non-conscious) field.

In McFadden’s cemi field theory, as well as in Drs Fingelkurts’ Brain-Mind Operational Architectonics theory, the brain’s global EM field modifies the electric charges across neural membranes, and thereby influences the probability that particular neurons will fire, providing a feed-back loop that drives free will. However in the theories of Susan Pockett and E. Roy John, there is no necessary causal link between the conscious EM field and our consciously willed actions.

An artist’s rendering of the structure of a magnetosphere.

If true, the theory has major implications for efforts to design consciousness into Artificial intelligence machines; current microprocessor technology is designed to transmit information linearly along electrical channels, and more general electromagnetic effects are seen as a nuisance and damped out; if this theory is right, however, this is directly counterproductive to creating an artificially conscious computer, which on some versions of the theory would instead have electromagnetic fields that synchronized its outputs—or in the original version of the theory would have spatially patterned electromagnetic fields.