A hypernova is a type of supernova explosion with an energy substantially higher than standard supernovae. Such explosions are believed to be the origin of long-duration gamma-ray bursts.

Just like more normal supernovae, hypernova are produced by several different types of stellar explosion, some well modeled and observed in recent years, some still tentatively suggested for observed hypernova, and some entirely theoretical. Numerous hypernova have been observed corresponding to supernovae type Ic and type IIn, and possibly also at least one of type IIb. 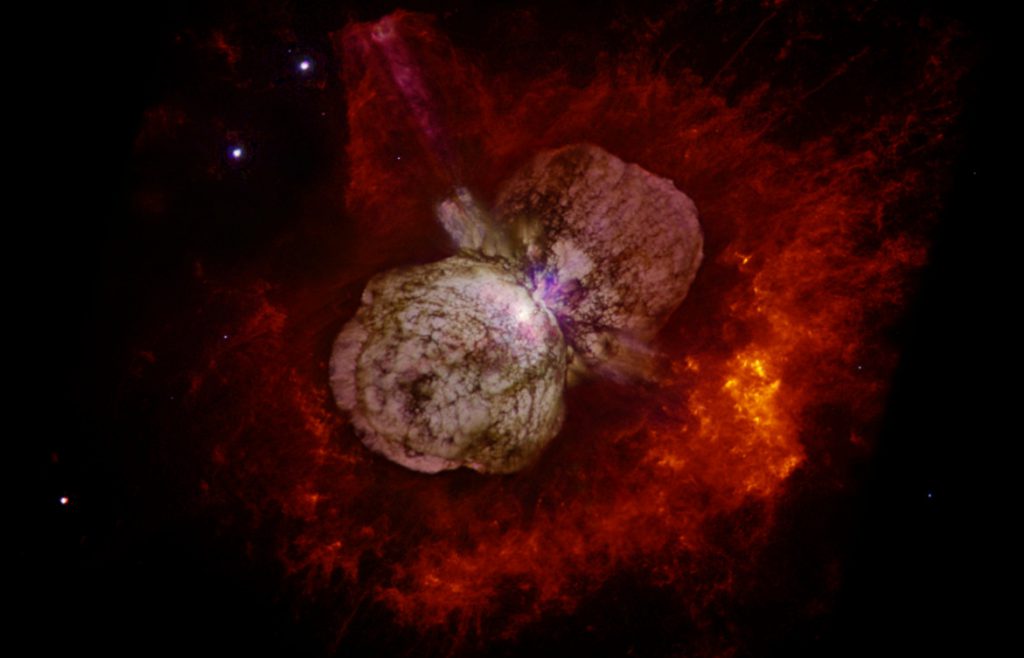 The word collapsar, short for collapsed star, was formerly used to refer to the end product of stellar gravitational collapse, a stellar-mass black hole.