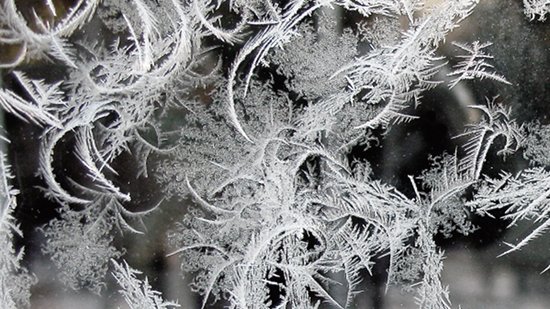 It’s very cold and I need to go outside into my car … but now I see that the protective glass of my car is frozen. The exhaled water vapor from yesterday forms now “frost patterns“. I have seen a lot of this patterns. But now I wonder why it forms so strange patterns. They look like the vasculature of our bronchial and lungs system. Beautiful.

But why, … I wonder all the times about “patterns” and their source, why has the water vapor frozen to such a strange pattern? The patterns in the picture above are not like the patterns I have on my protective glass of my car. Indeed I have never seen such patterns like this.

Maybe because yesterday a passenger I drove to the city was ill. The passenger got bronchitis, a inflammation of the mucous membranes of the bronchi. The water vapor derived in part also from his lungs. His system was in a critical state, his life-force was fighting in order to reestablish order in his body. The water is able to memorize such in_form_ation, especially the form.

And right now I wonder if there is outside there in this world anyone else who has the same thoughts like me. Or similar thoughts, similar in form and shape. Maybe this person is breathing the same air like me … no, I’m convinced that he or she is breathing the same air and not only that. All humans breath the same air, because we have only this one atmosphere. Is the water vapor exhaled from other people affecting our thoughts? Or do my thoughts affecting others people thought, just by exhaling the water vapor that was once in my own body, in my brain, my lungs?

Dude, this change everything. If this is true, then responsibility is the consequence. And I understand why so many people just don’t want to accept such an insight. What would change if our awareness for our collective memory, stored in part in our oceans, in this liquid consciousness covering 70% of our planet, composed by the elements hydrogen and oxygen, … what would happen if this awareness would reach a critical level?

Some people thinks that secrets are not a natural thing.

But many people still believes that you can hide secrets from everyone else.

BUT what would happen if one day the rules of this game change? And suddenly there will be no place to hide your secrets, because this awareness for our collective memory has reached the critical level, such high that everyone is able to see your thoughts. Maybe not literally seeing your thoughts, but everyone else would be aware of your thoughts to a certain level in order that you could not hide them anymore for so long time. Crimes would not be possible anymore. A criminal could not plan a robbery because people would “know” it in advance. And when this criminal individual arrives to his destiny, a bank or a shop, the police would already wait for him there.

So what is the next consequence of this insight?