What is quantum biology? Philip Ball explains how strange quantum effects take place in the messy world of biology, and how these are behind familiar biological phenomena such as smell, enzymes and bird's migration.

What is Science Fiction?

Science fiction (often shortened to Sci-Fi or SF) is a genre of speculative fiction, typically dealing with imaginative concepts such as advanced science and technology, spaceflight, time travel, and extraterrestrial life. Science fiction often explores the potential consequences of scientific and other innovations and has been called a "literature of ideas".

Most movies about a dark future, where the governments take too much of liberty to control everything of our life, using censorship and burning books, are labeled as "science fiction", but this is wrong, totally wrong.

This kind of movies has their own genre. It is called dystopia, the very contrary of utopia.

A dystopia, or anti-utopia, is a community or society that is undesirable or frightening. It is translated as "not-good place" and is an antonym of utopia, a term that was coined by Sir Thomas More and figures as the title of his best-known work, Utopia, published 1516, a blueprint for an ideal society with minimal crime, violence and poverty.

People would not watch a movie if it would be labeled as dystopian movie. Therefore, they are labeled with the genres drama or science fiction.

I predict that in the moment all dystopian movies get their right label "dystopia" and freed from their misleading genre labels like science fiction, a huge decrease in the views would be the result.

Fact is, dystopia is a genre of its own and cannot be mixed with other genres. 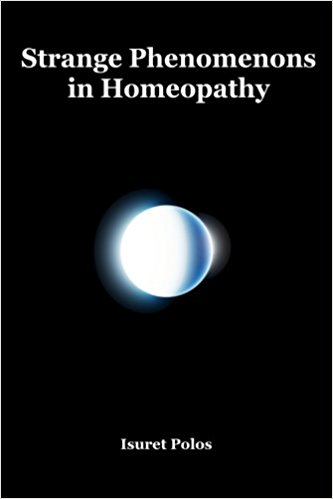 A small work from Isuret Polos on the frequently experienced strange and extraordinary phenomenons in Homeopathy. Modern materialistic science has it's limits for providing a plausible explanation regarding this kind of phenomenons like nonlocal effects and synchronistic events. The author describes different types of phenomenons, their common patterns and alternative explanation deriving from idealism, the branch of science where consciousness is the base of physical reality.