Skyglow (or sky glow) is the diffuse luminance of the night sky, apart from discrete light sources such as the moon and visible individual stars. It is a commonly noticed aspect of light pollution. Although usually referring to sky luminance arising from the use of artificial lighting, skyglow can also refer to all diffuse sources of night sky luminance, including artificial as well as natural sources of diffuse nighttime light like the zodiacal light, starlight, and airglow. 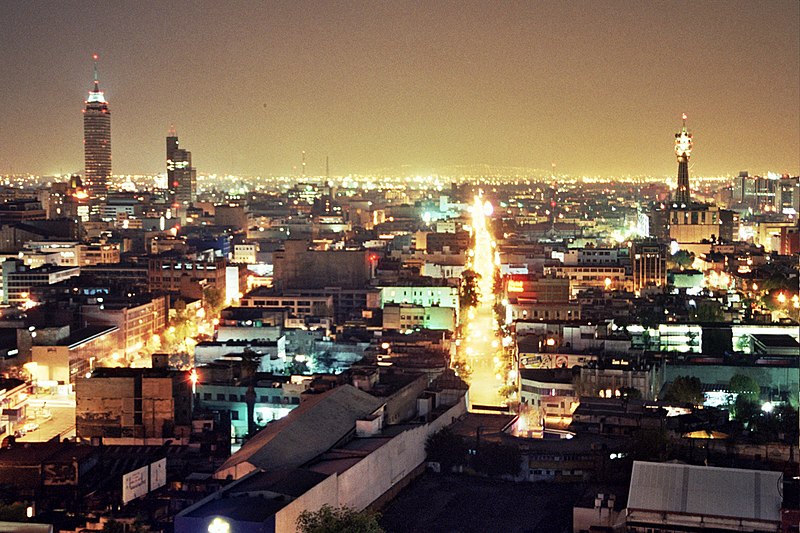 In the context of light pollution skyglow arises from the use of artificial light sources, including electrical (or rarely gas) lighting used for illumination and advertisement, and from gas flares. Light propagating into the atmosphere directly from upward-directed or incompletely shielded sources, or after reflection from the ground or other surfaces, is partially scattered back toward the ground, producing a diffuse glow that can be seen from large distances. Skyglow from artificial lights is most often noticed as a glowing dome of light over cities and towns, yet is pervasive throughout the developed world.