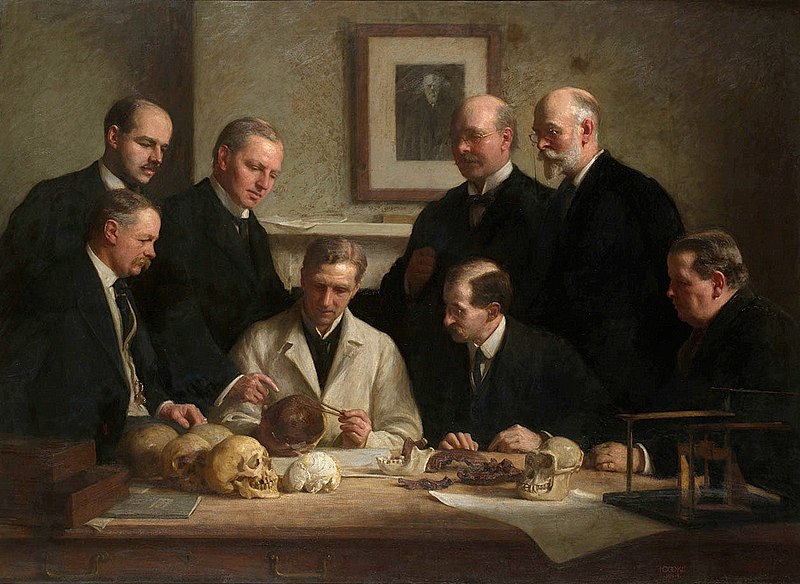 The Piltdown Man was a paleoanthropological hoax in which bone fragments were presented as the fossilised remains of a previously unknown early human.

In 1912 amateur archaeologist Charles Dawson claimed he had discovered the “missing link” between ape and man. After finding a section of a human-like skull in Pleistocene gravel beds near Piltdown, East Sussex, Dawson contacted Arthur Smith Woodward, Keeper of Geology at the Natural History Museum. Dawson and Smith Woodward made further discoveries at the site which they connected to the same individual, including a jawbone, more skull fragments, a set of teeth and primitive tools.

Smith Woodward reconstructed the skull fragments and hypothesised that they belonged to a human ancestor from 500,000 years ago. The discovery was announced at a Geological Society meeting and was given the Latin name Eoanthropus dawsoni (“Dawson’s dawn-man”). The questionable significance of the assemblage remained the subject of considerable controversy until it was conclusively exposed in 1953 as a forgery. It was found to have consisted of the altered mandible and some teeth of an orangutan deliberately combined with the cranium of a fully developed, though small-brained, modern human.

The Piltdown hoax is prominent for two reasons: the attention it generated around the subject of human evolution, and the length of time, 45 years, that elapsed from its alleged initial discovery to its definitive exposure as a composite forgery.