The Curious Case of Charles Darwin and Homeopathy 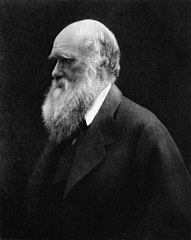 In 1849, Charles Darwin was so ill that he was unable to work one out of every 3 days, and after having various troubling symptoms for 2–12 years, he wrote to a friend that he was ‘going the way of all flesh’. He sought treatment from Dr James Manby Gully, a medical doctor who used water cure and homeopathic medicines. Despite being highly skeptical of these treatments, he experienced a dramatic improvement in his health, though some of his digestive and skin symptoms returned various times in his life. He grew to appreciate water cure, but remained skeptical of homeopathy, even though his own experiments on insectivore plants using what can be described as homeopathic doses of ammonia salts surprised and shocked him with their significant biological effect. Darwin even expressed concern that he should publish these results. Two of Darwin’s sons were as incredulous as he was, but their observations confirmed the results of his experiments.

He found that solutions of certain salts of ammonia stimulated the glands of the plant’s tentacles and caused the plant to turn inward. He made this solution more and more dilute, but the plant still was able to detect the presence of the salt.