The physical world emerges from some type of prephysical field

It begins with contemplating about a paradoxon which is called “arrow paradox“.

In the arrow paradox, Zeno (old ancient Greek man who got a lot of time to think about this and that) states that for motion to occur, an object must change the position which it occupies. He gives an example of an arrow in flight. He states that in any one (duration-less) instant of time, the arrow is neither moving to where it is, nor to where it is not. It cannot move to where it is not, because no time elapses for it to move there; it cannot move to where it is, because it is already there. In other words, at every instant of time there is no motion occurring. If everything is motionless at every instant, and time is entirely composed of instants, then motion is impossible.

Quantum jumps and moments in time

We know that the smallest particles are behaving like a cloud of probability. At the moment of observation this cloud of probability collapses for a short time to a particle. Well, it does not really collapse to a particle, but we receive the information of it’s location, which we perceive as a location. This is the trick our mind plays with us. Matter is not really solid, but the information of it’s velocity (time), direction (vector) or it’s location (space) is stable, especially for macroscopic objects. Motion is not really fluid, but a series of considerations, moments of observation. 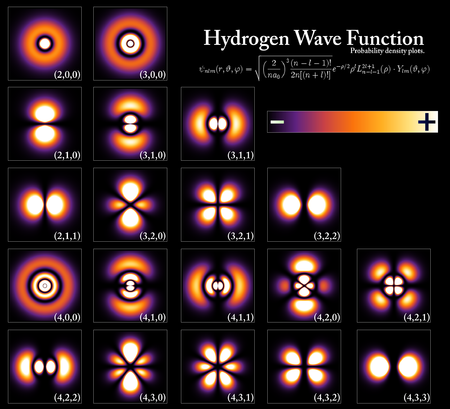 Probability densities for the electron of a hydrogen atom in different quantum states.

It’s like the information of the state of a particle unfolds during the observation and we become aware of it. Observing a particle for a extended period of time in a focused manner, will freeze it’s state and it’s evolution through time. This phenomenon has real life applications in quantum freezer, but in ancient times the vicinity of angels prevented the “wearing out of garments and sandals for 40 years in the desert“.

Consciousness is the pre-physical field

The general assumption is that our brain generates by random electro-chemical processes a state which is regarded as consciousness. This materialistic axiom leads to affirmations of the believe that no free will exist, that it is only a illusion, and therefore responsibility is refused for their actions. This paradigma makes part of the deterministic world views. Particles has a own existence, independent of an intelligent creator, isolated from consciousness. 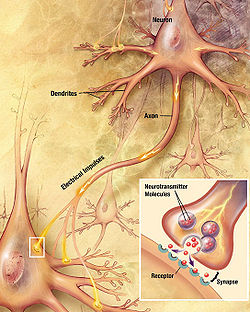 The firing of neurons seems to be a random process, but our consciousness imprints it’s order into the chaotic state.

A new paradigm emerge which understands consciousness as a pre-physical field, which generates space and time for communication purposes, uses mathematics as universal language, reflecting it’s own self-similar character on everything which later forms a physical representation. This physical representations are part of our own nature. The chemical elements seems to reflect psychological states, as known in homeopathy (see Jan Scholten’s theory on Elements). Their order, mass, properties and so on, has not only a justifications and benefits in the physical world, but their invisible part known as morphic fields interacts with our mind. It’s like the entire universe is inside us … but this is a metaphor. Sure we are part of a greater immaterial organism and each one of us is interconnected on a immaterial and nonlocal basis.

Paradoxes and phenomenas reveals the real nature of the universe

I cannot stress enough how important it is to harmonize your scientific world view with your spiritual one. It’s requires not only a rethinking of how our universe works, but also a unlearning of tenacious ideas of materialistic origin. When one then is confronted with apparently paradoxes, the understanding reaches a big impediment, and usually most people runs towards the so called “experts” and ask them for help. The only answer they get is one based on materialistic assumptions. 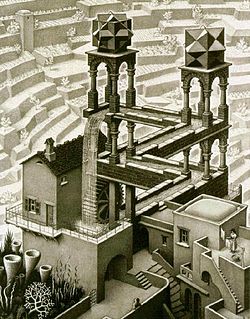 But the nonlocality phenomenon in quantum physics, the entanglement phenomenon (one and the same as the nonlocality phenomenon), the quantum zeno paradox, and so on, they should lead one towards a consciousness based world view, where unity is the real healthy state and not isolation, and where a thought or a intent has a impact on the physical level of our reality. Instead so many paradoxes and phenomenas are considered taboos in mainstream science.

Good news, the “underground” science community has already adopted the new paradigm and it makes great progress, notwithstanding the lack of funds for research. The paradigm shift will not occur by any change through the company sustained researches, which have a good financial reasons to protect the old world view.

DNA as a interface and structure analogy

Our DNA is a key towards the invisible realm of memory. It reflects self-similarity, a property of consciousness. Russians scientists observed that DNA is able to imprint it’s signature in space and that this signature shifts in frequency with time, going towards higher frequencies. They discovered this by placing a DNA sample in a small chamber for measurements with a laser. The laser stimulates the DNA and it vibrates in a certain frequency with overtones, which is the signature of the DNA, the “private key“, also known by other scientists like Benveniste or Montagnier in the west. After removing the DNA from the chamber, the space continued to vibrate in the same frequency as the DNA. The frequency shift with time to higher frequencies, and eventually it could not be measured anymore because of the technological limits. 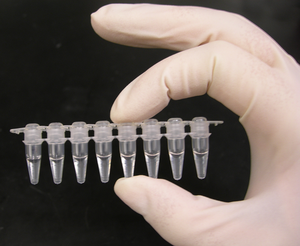 Montagnier, based on the works of Benveniste, proved that the EM signature of the DNA is able to imprint itself in water. The anomalous water properties enables it to carry the signal with it, as known in homeopathy as the carrier substance per excellence. By putting a drop of the water in a DNA polymerase solution and starting a polymerase chain reaction, a copy of the original DNA is reconstructed. It’s like the EM signatures is able to get a link towards the morphic field of the DNA and then it is recrystallized to a physical representation. Indeed this is a good scientific proof for the ability of the “field” to remember everything and it’s the base of understanding how a resurrection could be possible (in scientific terms). 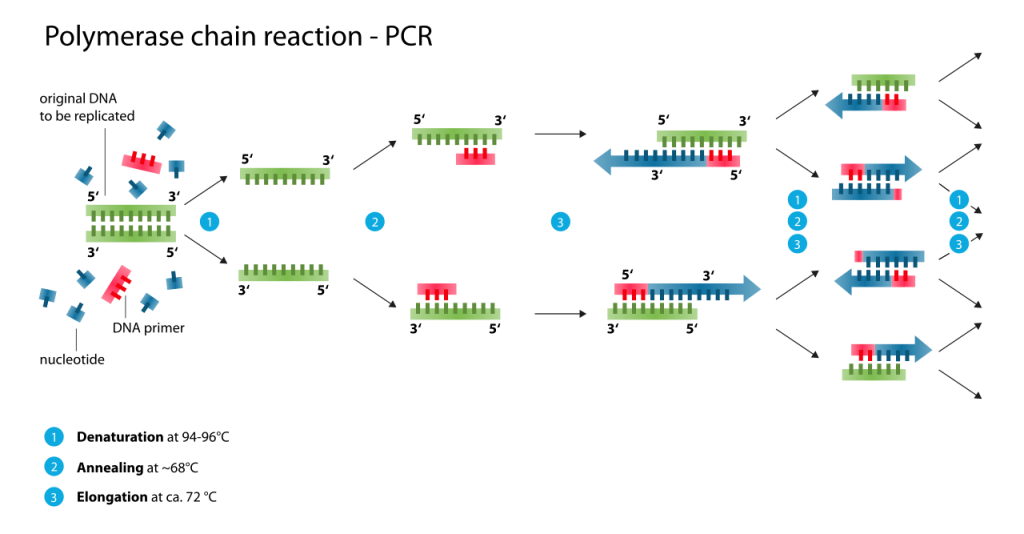 But inside yourself you have already QCUs on mass. In each cell your DNA is a fully operational quantum computer, able to perform additions, subtractions, divisions, multiplications and more. Just calculate the costs of yourself … no money of the world could be enough to pay for this super quantum computer. We are perfect. No comparisons to man made machines.

On the quantum state, even with the higher body temperature, our DNA is the interface between our consciousness. We memorize thoughts not inside the limited hardware of our brain, but thanks to this “alien technology” our brain transforms our thoughts into morphic fields and imprint them into the space fabric. We have a limitless memory capacity. You can make the maths for yourself. How much memory does it require to save one day of visual data reaching our eyes? This is a homework. Just a hint, we perceive a higher resolution than only 12k!