The basics to understand Marko Rodin’s vortex mathematics and it’s application is indeed the digit sum and the patterns derived from this method of reduction. Nothing in mathematics is coincidence, because mathematics is the universal language and language is the way consciousness communicates. All patterns who points in direction of a vortex are worth to be investigated.

Counting 1,2,3,4 … and so on, we reach a point where the sum is bigger than 9 and here we begin to calculate the sum of the digits. The pattern here is easily recognizable, all numbers from 1 to 9 repeats endlessly in a certain order. This applies for the 1 series as also for the 2, with the only difference that the order of the repeating pattern is different. 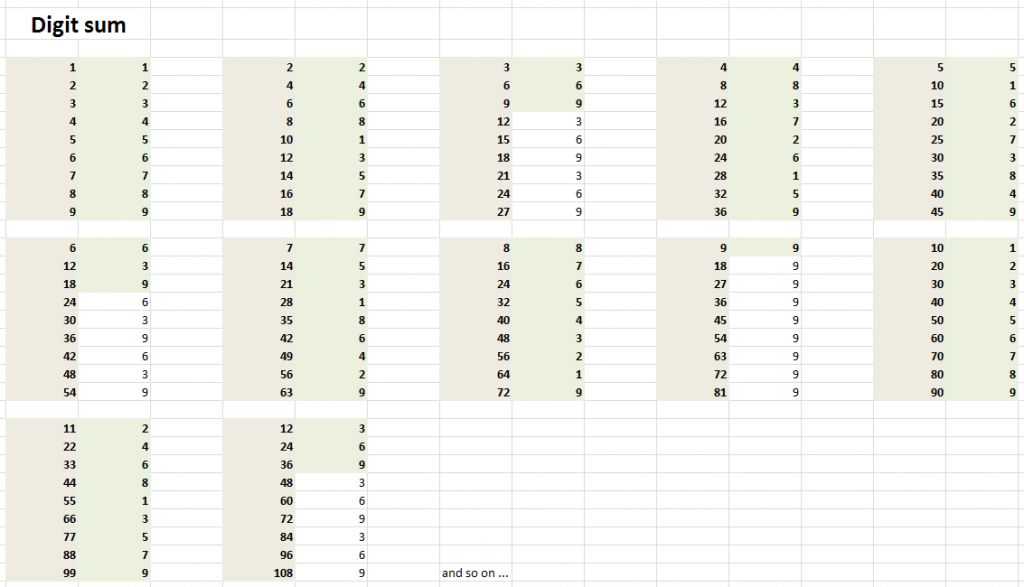 The only strange thing is that the 3 and 6 series have a pattern which has just 3 repeating digits. These can be named as “imploding fields”. 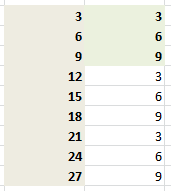 But the 9 series is a imploding point, with only 1 digit.

As you can see, the technique here applied is the same as that of Marko Rodin for the series of the power of 2 … 2,4,8,16,32,64 … and the result is showing us that the 10 based number system has a implosion pattern embedded. The same applies also to other numeral systems. It can not only be found in the power of 2, or decimal, but also hexadecimal and so on.