The Streisand effect is the phenomenon whereby an attempt to hide, remove, or censor a piece of information has the unintended consequence of publicizing the information more widely, usually facilitated by the Internet.

It is named after American entertainer Barbra Streisand, whose attempt in 2003 to suppress photographs of her residence in Malibu, California, inadvertently generated further publicity. Similar attempts have been made, for example, in cease-and-desist letters, to suppress numbers, files and websites. Instead of being suppressed, the information receives extensive publicity and media extensions such as videos and spoof songs, often being widely mirrored across the Internet or distributed on file-sharing networks. 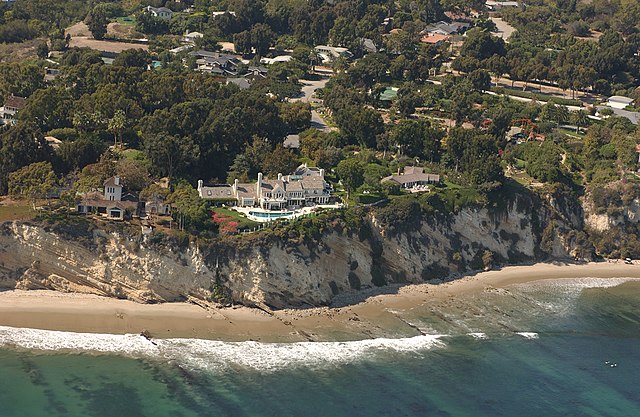 The image of Streisand’s Malibu house that led to the naming of the effect.

Mike Masnick of Techdirt coined the term after Streisand unsuccessfully sued photographer Kenneth Adelman and Pictopia.com for violation of privacy. The US$50 million lawsuit endeavored to remove an aerial photograph of Streisand’s mansion from the publicly available collection of 12,000 California coastline photographs. Adelman photographed the beachfront property to document coastal erosion as part of the California Coastal Records Project, which was intended to influence government policymakers. Before Streisand filed her lawsuit, “Image 3850” had been downloaded from Adelman’s website only six times; two of those downloads were by Streisand’s attorneys. As a result of the case, public knowledge of the picture increased substantially; more than 420,000 people visited the site over the following month.