An ocean planet (also termed a waterworld) is a type of planet whose surface is completely covered with an ocean of water.

The oceans on such planets would be hundreds of kilometers deep, much deeper than the oceans of Earth. The immense pressures in the lower regions of these oceans could lead to the formation of a mantle of exotic forms of ice. This ice would not necessarily be as cold as conventional ice. If the planet is close enough to its sun that the water’s temperature reaches the boiling point, the water will become supercritical and lack a well-defined surface. Even on cooler water-dominated planets, the atmosphere can be much thicker than that of Earth, and composed largely of water vapor, producing a very strong greenhouse effect. 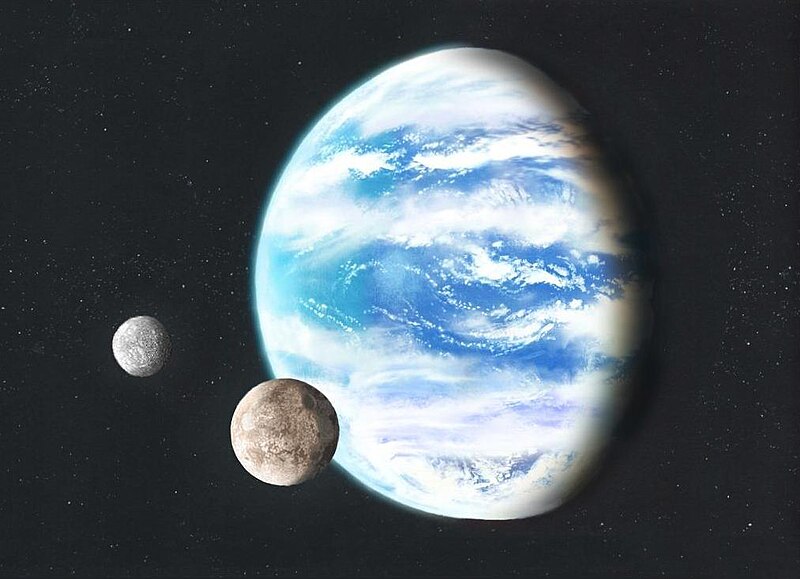 The extrasolar planet GJ 1214 b is the most likely known candidate for an ocean planet. Many more such objects are expected to be discovered by the ongoing Kepler spacecraft mission, such as the recently discovered ocean planet candidate Kepler-22b.