The End of Time

Time is the space of probability that gives certain events the chance to occur. 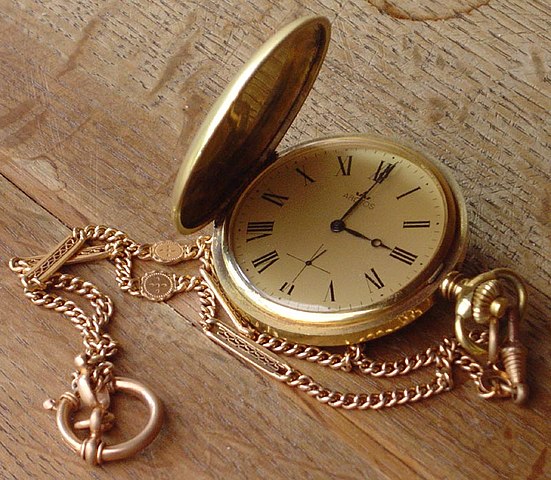 Time and the Probability of Events

Quantum probability was developed in the 1980s as a noncommutative analog of the Kolmogorovian theory of stochastic processes. One of its aims is to clarify the mathematical foundations of quantum theory and its statistical interpretation. A significant recent application to physics is the dynamical solution of the quantum measurement problem, by giving constructive models of quantum observation processes which resolve many famous paradoxes of quantum mechanics.

Quantum states can freeze like water to ice if they are observed continuously.

For example the quantum Zeno effect is a situation in which an unstable particle, if observed continuously, will never decay. One can “freeze” the evolution of the system by measuring it frequently enough in its (known) initial state. The meaning of the term has since expanded, leading to a more technical definition in which time evolution can be suppressed not only by measurement: the quantum Zeno effect is the suppression of unitary time evolution caused by quantum decoherence in quantum systems provided by a variety of sources: measurement, interactions with the environment, stochastic fields, and so on. As an outgrowth of study of the quantum Zeno effect, it has become clear that applying a series of sufficiently strong and fast pulses with appropriate symmetry can also decouple a system from its decohering environment.

Consciousness is order and the absence of order in the physical realm is radioactivity. In cryptography, the one-time pad (OTP) is a type of encryption which has been proven to be impossible to crack if used correctly. Each bit or character from the plaintext is encrypted by a modular addition with a bit or character from a secret random key (or pad) of the same length as the plaintext, resulting in a ciphertext. If the key is truly random (like the randomness deriving from radioactive decay), as large as or greater than the plaintext, never reused in whole or part, and kept secret, the ciphertext will be impossible to decrypt or break without knowing the key.

Radioactive decay produce the best natural random numbers which are used for encryption. The absence of consciousness is the reason for radioactivity in our physical realm. But if the consciousness is too high, the system freeze and no event can occur.

For this kind of randomness time is a critical factor. Without the necessary time certain events cannot occur and with a constant observation like in the situation of the Quantum Zeno effect the flowing of time for that system will freeze and no such event will ever occur. The flow of time depends strictly from consciousness. Consciousness is what produces the space-time. Our universe may look on the first superficial observation of an science rookie a little bit random, but it must be an astonishingly improbable coincidence revolving around the indisputable fact that the cosmos could have any properties but happens to have EXACTLY the right ones for life, right? We live in a biocentric world, based on consciousness and mind rules the physical realm.

If it is a proven fact that consciousness freeze the evolution of time in a microscopic system, why do we continue to experience flow of time?

Life force, according to the traditional chinese medicine, flows in specific meridians or paths during the day. Our life force, or consciousness, is not enough to be able to observe our body as a whole. We are not living in the state of a Einstein-Podolsky-Rosen paradox, in which a pair of quantum systems may be described by a single wave function, which encodes the probabilities of the outcomes of experiments that may be performed on the two systems, whether jointly or individually. No, we experience decay and time flow. So our ability to observe is limited as our life force is limited. Time is therefore our friend, because without time no event could occur and we are not frozen in a state of continuous observation. Thanks to this paths of life force our consciousness flows through our body during 24 hours, manifesting order in our organism, but without freezing us by concentrating all the awareness on one point. If such a concentrated awareness on one point occurs we experience a so called “blockage” which can be painful and hinder our organism to work properly. 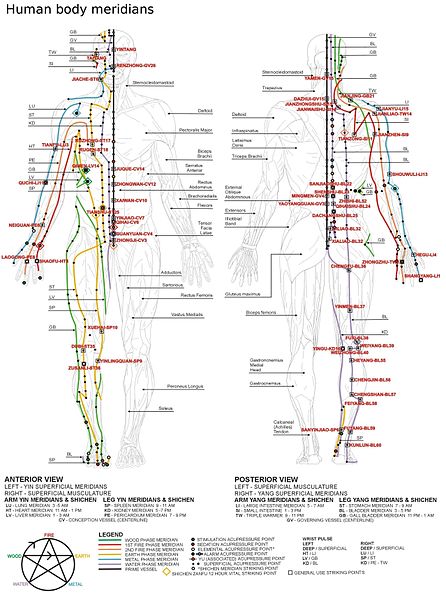 Our awareness is distributed in our organism through the meridian paths. This kind of distribution of life force enables life.

The End of Time

Can time come finally to an end? Well, it is possible in laboratory under certain conditions on the atomic level. But the end of time doesn’t mean only that a physical state freeze. It means simply that certain events cannot occur anymore. Imagine that every thought has a specific frequency, like sounds in a musical piece. Some thoughts seems to be harmonious to other thoughts because of their compatible frequency. If they can be combined in a harmonious way forming a piece of art, then this kind of thoughts will be promoted by the mind. Every thought can be compared to an event which occur in the mind. Thoughts have consequences on the physical realm too. A thought will influence society and life. No kingdom can persist without thoughts, and this is what will certainly happen, that the overall frequency of all minds, of the collective consciousness, will be raised up to such an high level that all thoughts of a lower level will not be possible anymore. What we perceive as reality is a process that involves consciousness and consciousness has a frequency. Raising the frequency of the collective consciousness will force a separation in the entire humankind.

Every thought has a frequency. Bad thoughts has a lower frequencies, but thoughts on truth, love and kindness has very high frequencies.

For example thoughts which derives from pure love and kindness has a high frequency. Hate or immorality has a very low frequency. What kind of thoughts will then finally be possible when the carrier frequency of the collective mind will be raised? All the people who hates the truth and are addicted to bad behavior will walk around like zombies, loosing their mind. In absence of a clear mind they will kill each other. This is a purification process. Only the mild-tempered ones will survive. And time will continue to flow eternally for whoever loves the truth.