Is our Universe a Giant Nervous System? 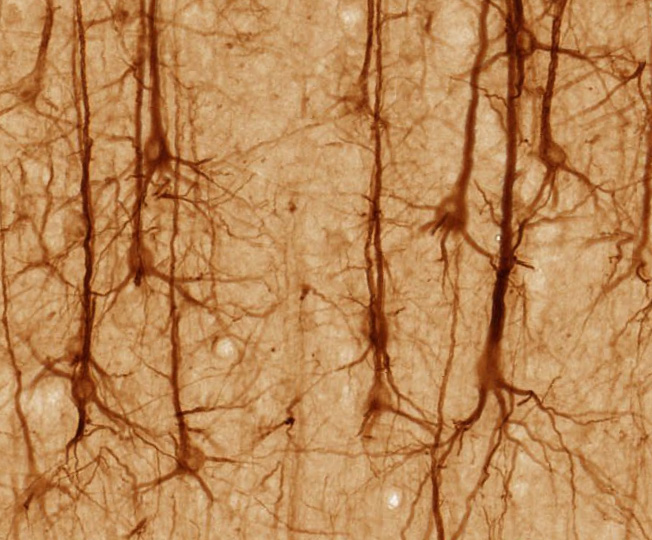 The self-similarity is evident everywhere.

Our Universe seems to be a giant nervous system.

I recommend to read the entries in the Electric-Universe-Forum for further understanding of how our universe works. Indeed it is not like mainstream believe, that it is made up of smaller and smaller particles. But it behaves like consciousness itself, it is self-similar, fractal. Most of the people sitting in front of the TV will not realize the wonders of this universe, because mass-media will not show them the latest discoveries made in field of science. But you dear reader think about this wonders and the implication and talk to other people about it.

A neuron is an electrically excitable cell that processes and transmits information by electrochemical signaling, via connections with other cells called synapses. Neurons are the core components of the nervous system, which includes the brain, spinal cord, and peripheral ganglia. A number of specialized types of neurons exist: sensory neurons respond to touch, sound, light and numerous other stimuli affecting cells of the sensory organs that then send signals to the spinal cord and brain. Motor neurons receive signals from the brain and spinal cord and cause muscle contractions and affect glands. Interneurons connect neurons to other neurons within the same region of the brain or spinal cord. 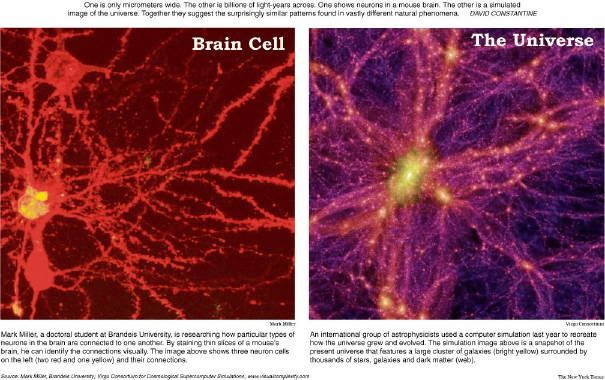 According to a study published in Nature’s Scientific Reports, the universe may be growing in the same way as a giant brain - with the electrical firing between brain cells ‘mirrored’ by the shape of expanding galaxies.