War is an organized, armed, and, often, a prolonged conflict that is carried on between states, nations, or other parties typified by extreme aggression, social disruption, and usually high mortality. In 2003, Nobel Laureate Richard E. Smalley identified war as the sixth of ten biggest problem facing the society of mankind for the next fifty years. In the 1832 treatise On War, Prussian military general and theoretician Carl von Clausewitz defined war as follows:

War is thus an act of force to compel our enemy to do our will. According to the Department of Defense Dictionary of Military and Associated Terms, a covert operation (also as CoveOps or covert ops) is “an operation that is so planned and executed as to conceal the identity of or permit plausible denial by the sponsor.” It is intended to create a political effect which can have implications in the military, intelligence or law enforcement arenas. Covert operations aim to fulfill their mission objectives without any parties knowing who sponsored or carried out the operation. War is not only fought with arms made of steel. It begins in the spiritual realm and it ends on the physical realm. Nearly 2000 years ago a man who was aware of his spiritual needs wrote the following words:

Spiritual warfare is about war on a spiritual level or on the level of the collective consciousness. It can reach the physical level as an consequence of the war fought on the spiritual level, but most time the battles are unseen by the majority. So spiritual warfare has a certain similarity to covert operation, where the enemy attacks, but remains hidden and invisible. 1999 George Vithoulkas wrote a very interesting article with the title “Can Medicine or Religion save the planet from a major catastrophe?“. He explained the different levels of “planetary consciousness” (another term for the collective consciousness). Let’s see what the first 4 layers of the “dark subconscious” are:

1) There are hundreds of thousands, if not millions of people at this moment working in secret services and societies like the CIA, the Mossad, the KGB… etc etc. Every country is trying to organize as secretly and as efficiently as possible these centers of information and power.

These type of people who join such organizations have great inferiority complexes, thirst for personal power, thirst to dominate others, to exploit others, to use power over others with a total disregard for human values and yet, with great hypocrisy, they claim that what they are doing is for the good of others and for the benefit of their countries.

2) Then the second group of collective negative activity on these levels are the mafias of the different countries and ethnic groups, dealing with organized crime, illegal drugs, arms trafficking etc etc. All these activities are taking place in the dark subconscious levels of our societies. Everybody knows the type of people that will join such societies; there is no need for characterizations; everybody knows the effect that such organizations exercise in our every day life, in our conscious levels, you only have to see the news, and the TV films to get an idea of their influence.

3) The third group which is the strongest, is the group of the super rich that take important but covert decisions on world economy and they too are geared not by altruistic sentiments but by greed and power.

4) All other activities that we call the underground world. The collective consciousness of humanity can be regarded as an individual being with a dark subconscious and a emerging hyper-consciousness, both levels are opposed to each other. It is like a man with a divided heart, struggling to resist temptation, between good and evil.

Vithoulkas wrote that our hope as a planet will be that a sufficient number of evolved individuals attain a high degree of consciousness, so high as to reach the critical point that will be needed to cause a total transformation, a radical change, a quantum jump in the general consciousness, and as a consequence form a planetary hyper consciousness that will transcend totally the present situation.

His next sentence is the most interesting one regarding the spiritual warfare:

There are individuals who work in silence towards this goal.

Such individuals are people who are specialized in areas of science, art, religion and transcendental. This type of individual forms at the moment an undercurrent trend, not too obvious, but one that is nevertheless emerging fast and strong.

Vithoulkas continue with the following words: Apart from these leaders there is already a widely spread awareness amongst millions of people that are fed up with atrocities, immorality, and criminality and are giving all their efforts and energy in this quest for True values and real happiness. The world actually is preparing for a major transition from the present state of consciousness to a quantum jump that will transcend this state of affairs.

Fighting against an Awakening

Morphic Fields of the Dark Core

Every thought forms a invisible field known as morphic field. Rupert Sheldrake’s theory is that by repeating a thought the field becomes stronger and finally stabilize becoming independent of the individual who original got it in his mind. If many people has the same thought a critical mass can be reached and the thought jumps over to all other people on the planet.

For example a totally new crossword puzzle printed on a newspaper is more difficult to solve than a old one. Why? Because if we try to solve a old crossword puzzle, which was solved already by thousands or even millions of people in the past, a morphic field for the solution exist and it will boost our ability to solve the puzzle. A lot of experiments have proofed the this theory.

Morphic fields can help a human being to learn new things, but they can also hinder the learning process. Some morphic fields was intentionally created in order to keep awareness on a low level. Such fields hinders the spiritual progress of the individual person as also of the collective consciousness. Most of this fields has their origin in a ancient culture and are very strong, because their essence was embedded in different other morphic fields, all interconnected with each other. Many people today reinforce this fields unintentionally and without knowing their real origin. So they not only has survived thousands of years, they also got stronger and more stable. 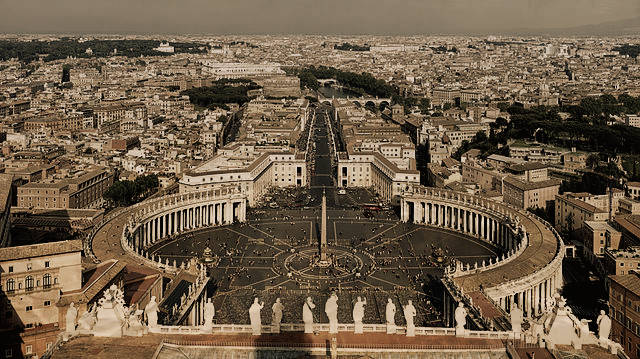 Is a fight against the mafia successful if single individuals are arrested? If in Italy exist a strong morphic field which facilitate the emergence of organized crime, the problem cannot be solved on a physical level. Even worse is the fact that morphic fields are nonlocal and under circumstances these organized crimes emerge somewhere else, with an easy access to the collective experience of the past organizations via morphic resonance.

Now this is the definition of a “morphic field war“: It is fought on a spiritual level or on the level of the collective consciousness, building up morphic fields, stabilizing them, infiltrating morphic fields in preexisting organizations, dissolving the morphic fields of the enemy or weakening them.

Ancient morphic fields can be destroyed if the majority give their consent. From this point of view the art of war is different than traditional war with physical weapons. A minority can become a majority if it reaches a critical mass. Such things can happen suddenly and apparently without warning.